February 25th, 2021
Joined by colleagues from around the world, Vladimir Romanovsky documents the current state of terrestrial permafrost for wide areas of the Arctic. 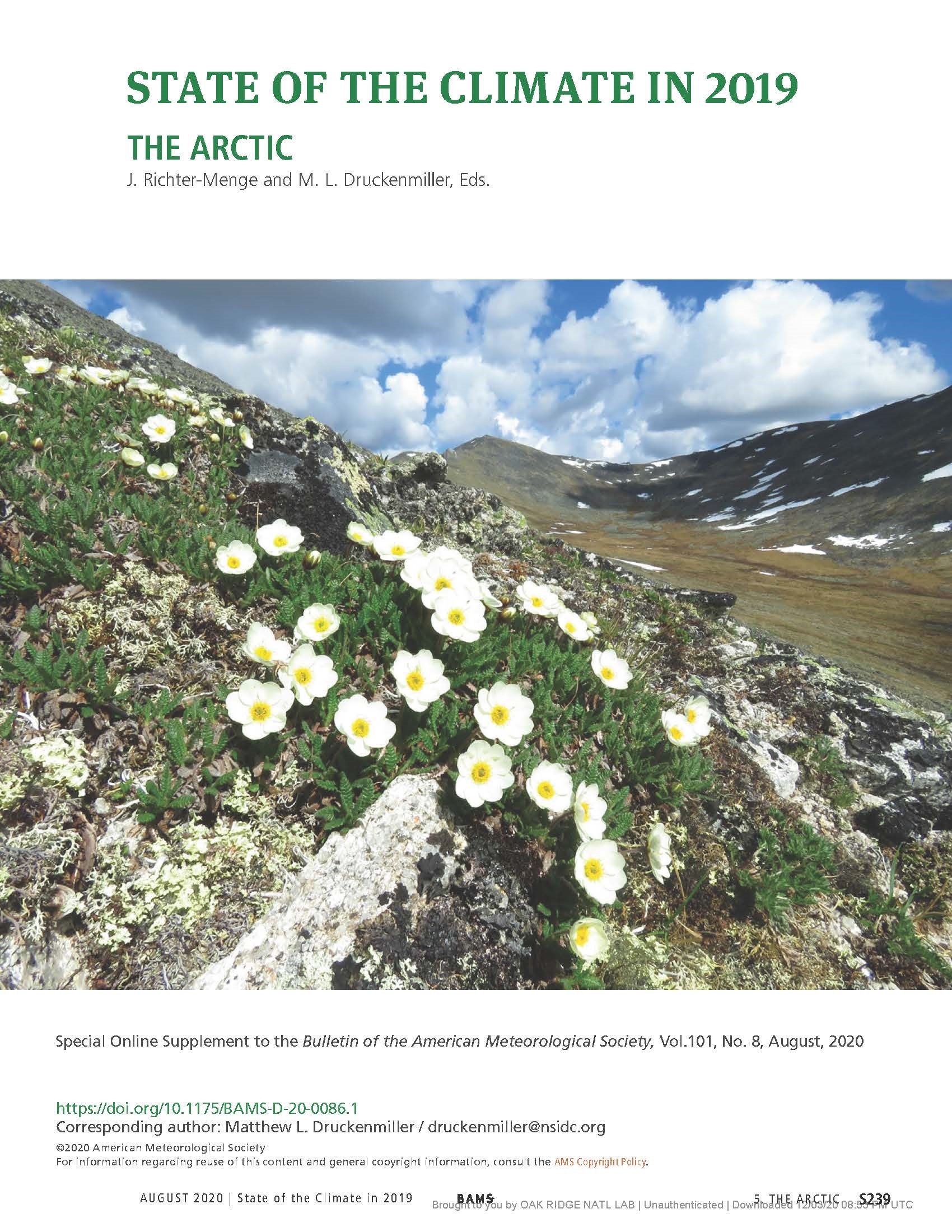 Compiled by NOAA’s National Centers for Environmental Information, State of the Climate in 2019 is based on contributions from scientists from around the world.

Mean annual Arctic surface air temperatures (SAT) over land have increased more than twice as fast as the global mean since the mid-1980s. As documented in the “State of the Climate in 2019” report, observations continue to highlight prolonged changes across key and connected features of the Arctic’s land, ice, ocean, and atmo­sphere. NGEE Arctic Chief Scientist Vladimir Romanovsky concludes that record high permafrost temperatures were observed at a majority of the observation field sites in northern Alaska; with temperatures 0.1°–0.2°C higher than in 2018 and in the Alaskan interior, the 2019 temperature at one site (Old Man) was 0.26°C higher than in 2018. At sites on Svalbard, a significant temperature increase in recent years was detected down to 80-m depth, reflecting a multi-decadal permafrost warming, with 2019 the warmest year in the observational record. In addition, the average active layer thickness (ALT) in 2019 for all regions reported was above the mean value for the 10-year reference period 2003–2012. As a result of long-term permafrost warming and relatively mild and snowy winters in 2017/18 and 2018/19, the active layer did not freeze completely down to the underlying permafrost table by the end of these winters at 26 sites in interior Alaska and the Seward Peninsula. This marks the first time in the observational record that the active layer did not freeze completely in this region. Similarly, the summer thawed layer has not been refreezing completely during the last several winters at more than 10 study sites in the Russian European North and western Siberian Arctic.