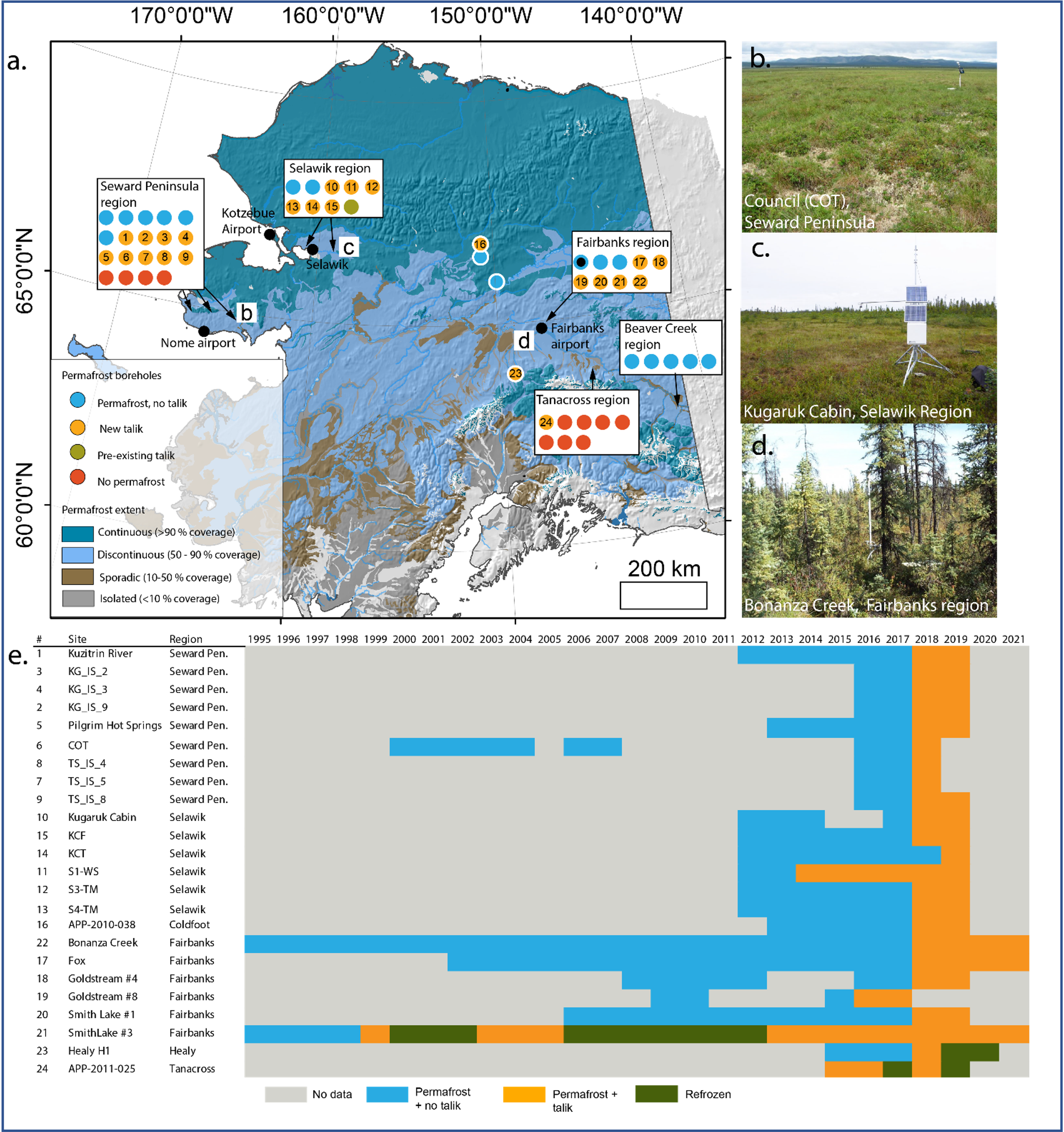 An overview of locations & timing of talik development. Orange--study sites showing where talik formation has been observed, blue--where no talik has been observed and permafrost remains unaffected, red--where no permafrost is present within the upper 5 m, and brown--where a talik was pre-existing.

Talik formation, unfrozen zones above or within permafrost, has long been acknowledged as an important mechanism of permafrost degradation. While important, a long-standing lack of in situ observations has left a critical gap in our understanding of how ongoing climate change may influence future talik formation. Scientists from the University of Alaska Fairbanks, using data from several NGEE Arctic field sites, recently presented ground temperature measurements from undisturbed sub-aerial sites across the discontinuous permafrost zone of Alaska between 1999 and 2020. In an article authored by Louise Farquharson, these authors found that novel taliks formed at 24 sites across the region, with widespread initiation occurring during the winter of 2018 due to higher air temperatures and above-average snowfall insulating the soil. Using a mechanistic model, future projections under a high emissions scenario show that by 2030, talik formation will initiate across up to 70% of the discontinuous permafrost zone, regardless of snow conditions. By 2090, talik in warmer ecosystems may reach a thickness of 12 m. The establishment of widespread taliks has major implications for permafrost thaw, thermokarst development, carbon cycling, hydrological connectivity, and engineering. Increased hydrological connectivity has the potential to increase the mobilization of dissolved organic carbon, total dissolved nitrogen, and contaminants such as mercury from the soil into streams and rivers.